The Warmth of the Dominican Republic

Often regarded as a culture filled with warmth, strength and strong family bonds, the Dominican Republic is a place like nowhere else in the world. Discover the intensity of this incredible destination with hand-picked Dominican Republic Cigars, designed to transport smokers to paradise from the first drag. Discover the rich history and seamless vibrancy of the island with sun-soaked cigars that offer a window into a world of flavour that you’ve never experienced before. Shop NowAccessories

“To me, Miami was supposed to be a stepping stone – a place to gather ourselves before I made it big in New York as a jazz musician. Things happen for a reason, and it’s clear now that Miami was the right place for me, and the place that pushed me to discover – and master – my true calling in life.”
– Ernesto Perez-Carrillo

Why is our cigars shop in Holetown Barbados so proudly offering EP  cigars for sale? Ernesto Perez-Carrillo is, in his own words, a master craftsman of cigars. His father, Ernesto Sr., was rooted in Cuba and began his illustrious path by rolling and selling penny cigars on the streets of Havana as a child. Already a master blender and proud owner of the El Credito factory by the time the Cuban Revolution took hold and Castro took control of Cuba, Ernesto Sr. moved his family to Miami to avoid further prosecution for his political beliefs and opened up the second El Credito in, fortuitously, Little Havana.

Ernesto Sr.’s son, Ernesto Jr., or Ernesto Perez-Carrillo, initially travelled to New York with hopes and dreams of becoming a famous jazz musician but soon returned to Miami after a number of failed attempts. Lost for direction and learning his father planned to sell El Credito, he chose to shadow his father for the next four years and soon discovered his, interest, talent and passion for cigars.

Having learnt so much from his father from the age of four in the tobacco fields of Cuba, to watching him in the original and new El Credito factories, Ernesto Jr. credits much, if not all, of his knowledge to his father’s teaching.

After his father’s passing in 1980, 29-year-old Ernesto Perez-Carrillo became the master of the factory in Little Havana and hit financial trouble.

Supported by friends and colleagues in the trade, it was in 1992 that Cigar Aficionado awarded La Gloria Cubana some of the highest praise of the time, firmly placing E.P. Carrillo on the map. Rejuvenated, Ernesto Perez-Carrillo put his hand to building what is now considered one of the most successful cigar brands of all time by all Cuban cigar aficionados.

Never leaving their Cuban heritage behind, the company continues to flourish under Ernesto Perez-Carillo’s exceptional expertise and undying passion for the craft. Listening and understanding consumer demands, and prioritizing them, has placed E.P. Carrillo cigars at the front of the pack, crafting and selling some of the most illustrious and boutique cigars on the market. Sold in various bundle sizes, and ideal as gifts, there is an E.P. Carrillo stick for everyone.

If you are looking for a cigars shop in Barbados that sells the largest variety of Cuban, Barbados, Nicaraguan, Dominican Republic and Honduras cigars than Platinum Coast Cigars is your first stop. 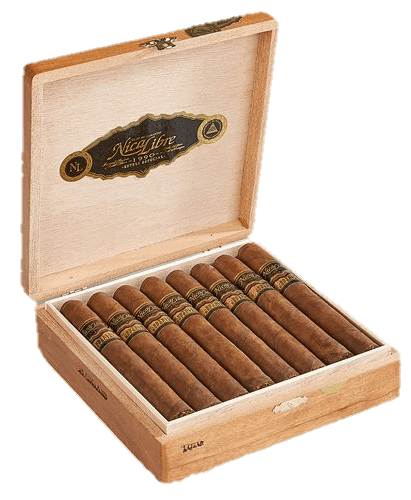 Luxurious, on-brand and as exquisite as our cigar selection, we stock a wide range of different cigar accessories and Cubita Cuban coffee to make your experience special.