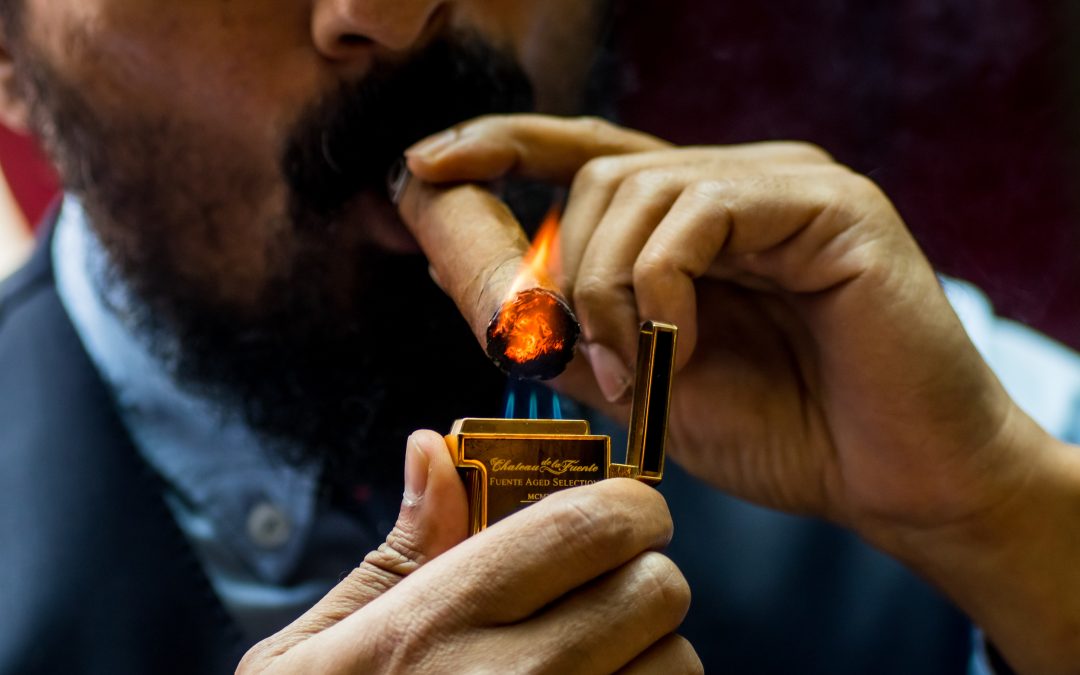 In whatever form it takes, smoking has long been used as a dramatic tool in cinema. Whether it’s a cigarette shared between lovers at an intimate moment, or a cigar being smoked to demonstrate great power and sophistication in a singular character, a breath of white smoke is an iconic image in the movies. But which are the most iconic? Famous figures from James Bond to Scarface himself have all smoked cigars during their time on-screen. Here, we’ve compiled a list of the top three cigar-smoking moments in film over the last century.

Some movie aficionados claim this to be the definitive line about cigars ever uttered on film. This famous war film, directed by Ridley Scott and starring Josh Hartnett, Ewan McGregor and Sam Shepherd was a fictionalized version of the 1993 of Mogadishu, Somalia by the US military. In the scene, Osman Atto, part of the Somalian National Alliance, is smoking a cigar during his first meeting with a US General. He offers a cigar to the General, who replies he already has a Cuban one, Atto replies – ‘Miami, my friend, is not Cuba’.

We see Atto smoking Cuban cigars throughout the film and in this intense interrogation scene, it lends him an air of cool and calm sophistication against the ragged US army general. A cigar is between his fingers throughout and the slow upward flow of smoke into the air creates a scene not unlike one found in a gangster movie.

Though it might not be your first thought when you think of iconic movie scenes involving cigars, this one is up there with the most famous. Directed by James Mangold and starring Hugh Jackman as the aforementioned mutant, the film is the second in the trilogy and received much critical acclaim. One of Wolverine’s most famous traits is love for cigars, and in this particular scene, he uses his famous claws to slice open a gas tank on a car, which bursts into flames. This creates a huge explosion, which casually lights the cigar in Wolverine’s mouth for him. It’s a truly cool moment in the movie, particularly after the intense fight scene that’s just taken place.

A fun fact: Hugh Jackman is also a cigar enthusiast and it’s believed that he integrated as part of Wolverine’s character because of his love of the product.

It would be impossible to list some of the most memorable cigar scenes in cinematic history without touching on the most famous spy of them all. James Bond, in his over fifty-year history, has always been at the forefront of cool and his films often find him enjoying a cigar during a mission or just after bringing down the bad guys. We’ve snuck two examples in here – both from the era was Pierce Brosnan played the iconic 007 – where sequences with cigars made for a variety of intense and dramatic scenes.

In Goldeneye, a scene between Bond and the beautiful agent Xenia features them in a casino playing cards. As they converse over the game, Xenia smokes a cigar with sophistication, adding to the air of danger that surrounds her. In Die Another Day, Bond visits a cigar factory in Cuba, hoping to find a sleeper agent who has been spotted in the area. The cigar he mentions wasn’t actually a real brand of cigar – it was merely the codeword for the agent – but companies began to make it thanks to popular demand after the film was released. Rolex watches and cigars, just like Bond, are cool, collected, and sophisticated.